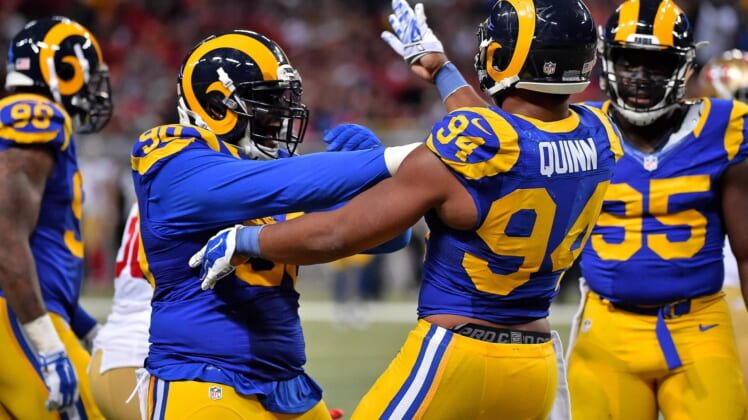 According to ESPN’s Adam Schefter, the Rams have traded two-time Pro Bowl defensive end Robert Quinn to the Miami Dolphins.

Miami is expected to send a mid-round pick back to Los Angeles in the deal.

Compensation update: Dolphins are sending a mid-round pick to the Rams in exchange for DE Robert Quinn, per source.

This is definitely a noteworthy move for both sides. Trading Quinn will free up north of $12 million in cap room for the Rams this spring. With Sammy Watkins, Lamarcus Joyner and Trumaine Johnson all slated to become free agents, that’s a pretty big deal. For the Dolphins, this trade means something else has to be coming. The team is currently over the cap when we take into account the franchise tag tender it handed Jarvis Landry.