Report: Rams to sit down with Todd Gurley, ‘all options’ on the table 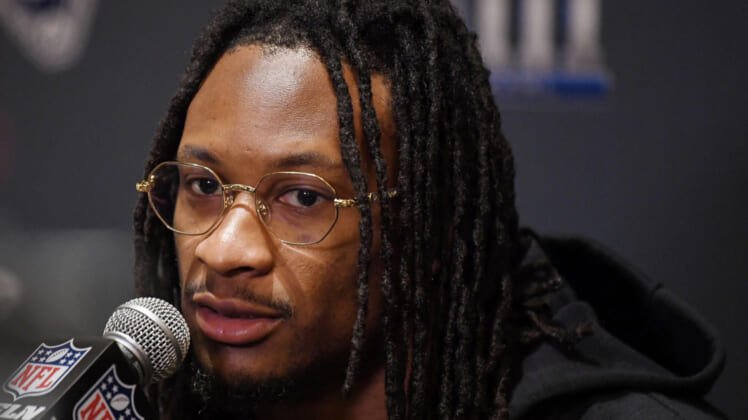 The Los Angeles Rams have a huge decision to make about Todd Gurley, and the two sides will reportedly meet soon to discuss “all options” ahead of the 2020 season.

Ian Rapoport of NFL media shared that head coach Sean McVay wants to speak with Gurley about the future, noting it’s probably not financially viable to cut him but that a trade is on the table.

Gurley, of course, signed what was at the time an NFL-record contract ahead of the 2018 season and then proceeded to look less and less explosive over the past couple of seasons. Last year, he rushed for a career-worst 857 yards averaging just 3.8 yards per carry. Gurley did score 14 touchdowns, but overall he’s not the same player he was when he inked his contract.

Paying running backs has increasingly been a bad business decision for teams. With that in mind, don’t be surprised to see the Rams, and other teams, avoid doling out that kind of cash to backs whenever possible.