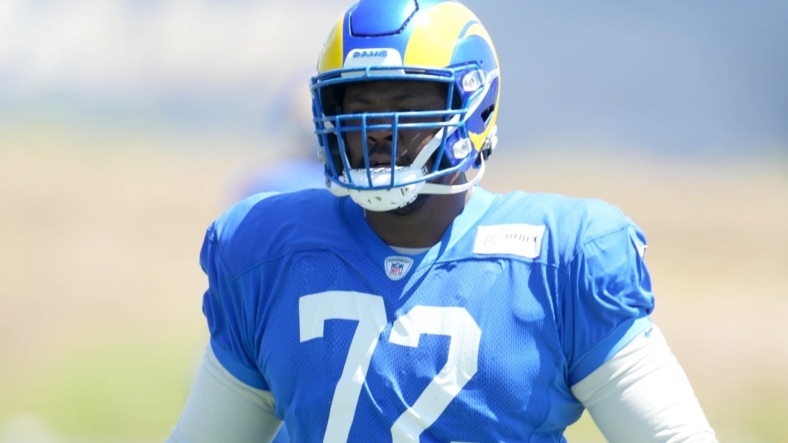 Anchrum, who made his first career NFL start at right guard, was hurt on the Rams’ second offensive play in their 31-27 win against the Atlanta Falcons.

The 2020 seventh-round pick was carted off the field and immediately ruled out. He will have surgery and land on injured reserve, per the report.

Anchrum, 24, got the start with Brian Allen (knee) inactive for the Week 2 contest. Anchrum has played in 14 NFL games.