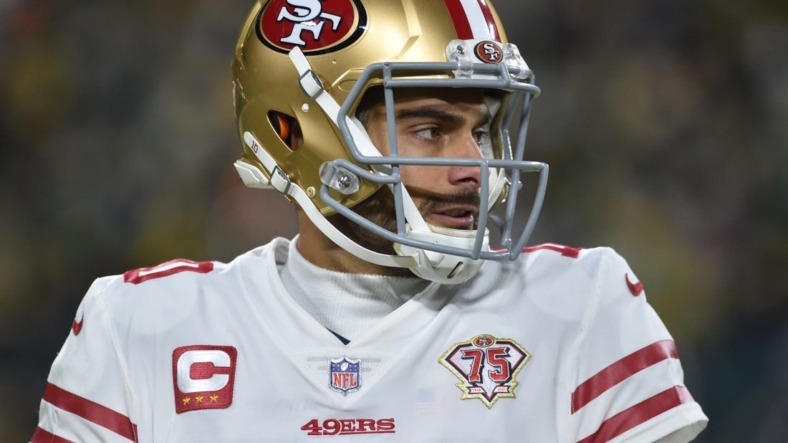 The Rams were interested in adding the veteran as a backup to starter Matthew Stafford, sources told ESPN.

Instead, the 49ers restructured Garoppolo’s contract and he opened the season Sunday as Trey Lance’s backup against the Bears in Chicago.

According to the report, the 49ers didn’t know their NFC West rivals were interested in Garoppolo until after they agreed with him last month on a one-year deal worth up to $16 million.

Garoppolo, 30, had offseason shoulder surgery that dampened his market around the league.

He has played 46 games (starting 45) for the Niners over the past five seasons, amassing a 31-14 record as a starter and helping the team reach two NFC Championship Games and one Super Bowl. He has thrown for 11,162 yards, 66 touchdowns and 38 interceptions for San Francisco.