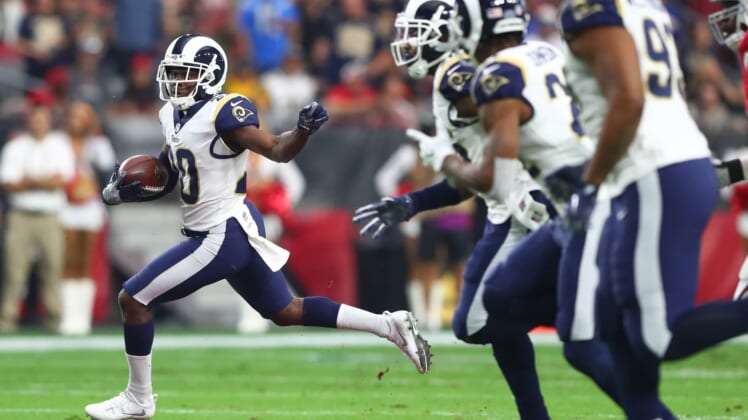 After acquiring wide receiver Antonio Brown and offensive tackle Trent Brown over the past few days, Mayock is looking to fortify what was a weak defense last season.

The #Raiders are expected to sign for former #Rams franchise player, safety Lamarcus Joyner, sources say. A free safety that gives them speed in the secondary.

A franchise-tag player last season, the former second-round pick recorded 78 tackles, three passes defended and one interception in 15 games (all starts) this past year.

According to Pro Football Focus, Joyner yielded a 73.1 passer rating when targeted for the Rams last season. He’s an obvious upgrade at free safety.

Joyner is expected to get $10.5 million annually on a long-term deal from the Raiders.