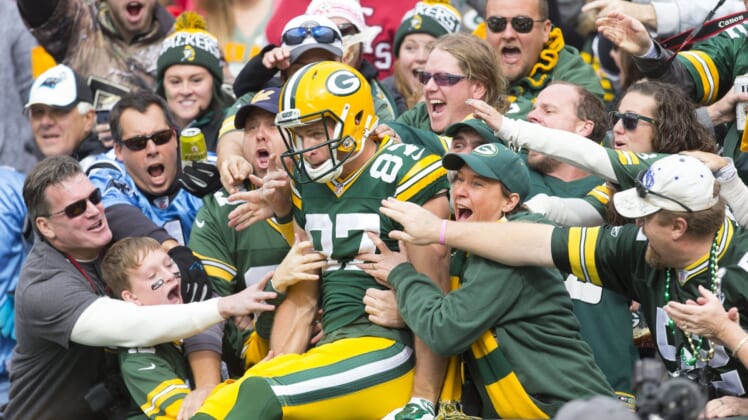 The Oakland Raiders have signed Jordy Nelson to a two-year contract worth up to $15 million with $13 million guaranteed, per James Jones of NFL Network.

Breaking News: Jordy Nelson to the @RAIDERS on a Two-Year Deal….15M, 13M Guaranteed

Raiders are giving Jordy Nelson a two-year, $15 million deal, per source, including the $13 million guaranteed that @89JonesNTAF reported.

The Raiders have reportedly made a corresponding move to release receiver Michael Crabtree, who was set to earn $7.7 million this season (more on that here). It’s a bit of an interesting turn of events for Nelson, who was released by Green Bay so the Packers could sign tight end Jimmy Graham.

This move also indicates that money wasn’t the only reason Crabtree is getting cut. Because Crabtree was set to make $14.5 million the next two seasons before getting the ax. So the Raiders clearly saw more upside with bringing in Nelson, rather than keeping their former star receiver.

Oakland also made another move on Thursday, signing running back Doug Martin. Though, Raiders fans needn’t worry this spells the end of Beast Mode, as he’s reportedly not going anywhere in 2018.