Report: Raiders release one of the biggest NFL Draft busts ever 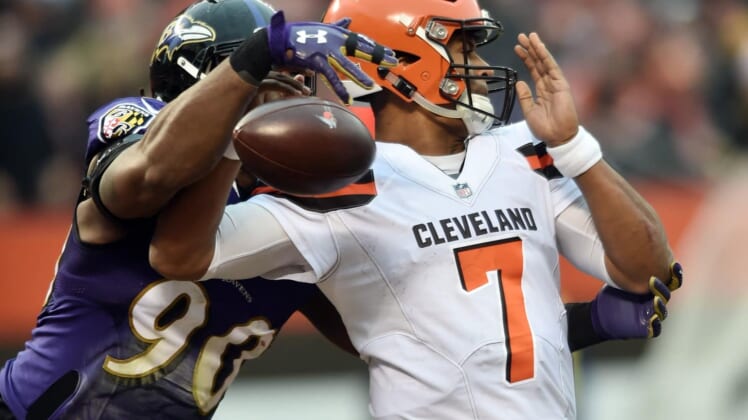 It sure looks like former Cleveland Browns second-round pick DeShone Kizer’s NFL career is on the rocks. He’s now pretty much been exiled by his third team in as many years in the NFL.

The Las Vegas Raiders decided on Tuesday to move on from the former Notre Dame quarterback.

The No. 52 overall pick of the browns back in 2017, Kizer never really had a chance coming out of college.

Cleveland asked him to start as a rookie for a team that finished that season with a 0-16 record. Kizer ultimately threw 11 touchdowns compared to 24 interceptions while fumbling the ball nine times in 15 starts before the Browns traded him to the Green Bay Packers ahead of the 2018 season.

With Kizer out of the mix, the expectation is that Las Vegas will go with Derek Carr, Marcus Mariota and Nathan Peterman as its three quarterbacks next season.