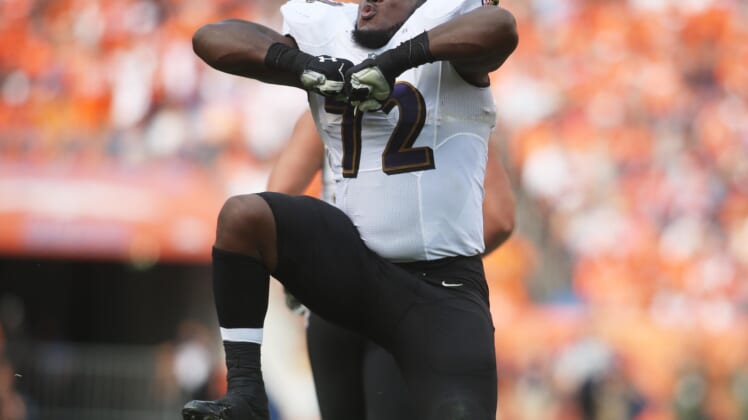 The Oakland Raiders have reportedly landed the first big fish of 2016 NFL free agency. Rand Getlin of NFL Network is reporting Oakland has reached an agreement with offensive guard Kelechi Osemele, who apparently is going to get paid a large sum to move to the west coast.

Osemele's market was incredibly hot. When the deal is announced, it'll blow the top off of the OG market. Huge get for the #Raiders.

This isn’t a shocking development by any stretch of the imagination.

Oakland went into free agency with more cash to spend than any other team in the league except the Jacksonville Jaguars. Per Spotrac.com, the Raiders had over $65 million in cap space, which is more than enough to get a bit greedy when it comes to potentially overpay for top players.

Reports yesterday indicated Osemele was seeking over $10 million per season, which is a staggering amount of cash for an offensive guard. However, he does have the ability to slide outside and play tackle, which adds to his value.

If Oakland is smart, though, Osemele will stay inside at guard. He’s a class A road grader who is also adept at protecting the passer, and he’ll make a significant impact for the Raiders in 2016 and beyond if he can stay healthy.

Don’t expect this to be the first big move made by general manager Reggie McKenzie, either. Flushed with cash and in position to finally make waves in the AFC West, he’ll likely land a few more big scores before it’s all said and done.