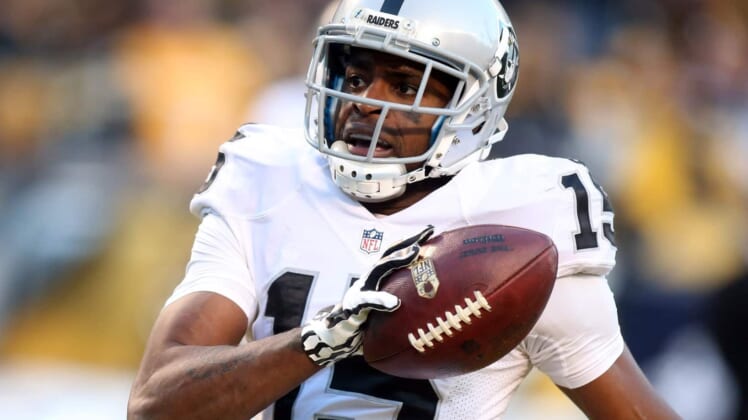 The Oakland Raiders are preparing for wholesale changes once a disastrous 2017 season comes to a conclusion Sunday against the Los Angeles Chargers.

We already know head coach Jack Del Rio is not guaranteed to be back with the team. Former Raiders head coach Jon Gruden is also being bandied about as a potential replacement (more on that here).

Now comes this report from Michael Gehlken of the Las Vegas Review-Journal indicating that the Raiders will likely release veteran wide receiver Michael Crabtree after the season.

Gehlken notes that the Raiders don’t view Crabtree’s production to be worthy of the baggage he apparently brings to the table.

After what was a drama-filled career with the San Francisco 49ers, we have not heard a whole lot about Crabtree since he joined the Raiders back in 2015. In fact, he’s seemingly been a veteran leader in the locker room. It’s not yet known what changed there. It could potentially have to do with the fight Crabtree found himself in with the Denver Broncos back in Week 12.

After averaging nearly 1,000 yards in his first two seasons with the Raiders, Crabtree’s production has taken a major hit in 2017. He enters Week 17 having caught 56 passes for 601 yards.

If the Raiders do decide to release Crabtree, they will save $7.8 million against the cap in 2018.