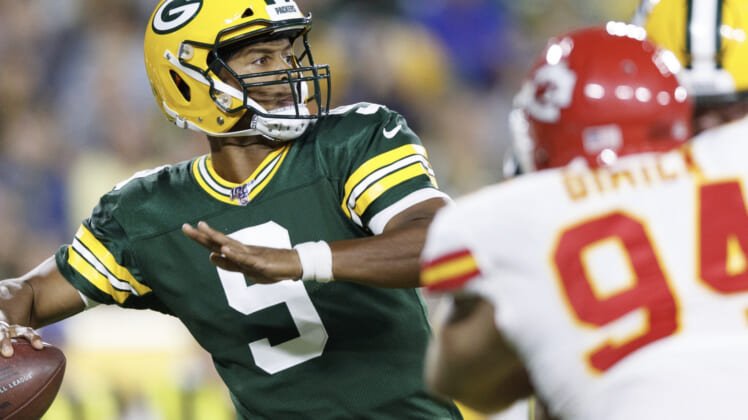 We’re not 100% sure what this means for the Raiders’ quarterback situation behind starter Derek Carr. What we do know is that Mr. Gruden likes himself a project.

Kizer, 23, lost out on a roster spot to undrafted free agent Tim Boyle in Green Bay this summer.

The former Notre Dame standout has completed just 53% of his passes with 11 touchdowns and 24 interceptions while boasting 0-15 record as a starter in the NFL. He was acquired by Green Bay in a trade following the quarterback’s rookie season back in 2017.