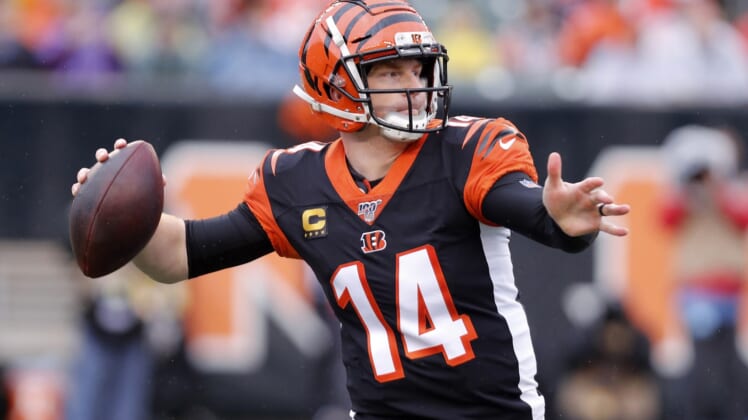 The biggest names continue to make the biggest noise heading into the start of NFL free agency in about three weeks.

That obviously includes veteran quarterbacks Philip Rivers and Tom Brady, both of whom are set to hit free agency and will likely move on to another NFL city.

Though, these are not the only big-name quarterbacks who could be on the move during what promises to be a fast-paced free-agency period.

According to Lindsay Jones of The Athletic, Cincinnati Bengals Pro Bowl signal caller Andy Dalton will be in high demand on the trade block and could net the Bengals as much as a second-round pick.

This comes directly from an NFL general manager.

“An NFL general manager told The Athletic on Wednesday that while Brady is the biggest name who could be on the move, Dalton is an intriguing piece,” Jones reported. “Dalton’s only 32, is scheduled to make only $17.5 million in salary in 2020, the final year of his contract, and this GM said Dalton could command a second or third-round pick in trade compensation.”

Jones is correct in that Dalton’s $17.5 million salary for the 2020 season is smallish in a quarterback market that continues to reset itself.

Even then, a second-round pick for a quarterback who was benched last season seems to be unrealistic.

A three-time Pro Bowler, the 32-year-old Dalton threw for 3,494 yards with 16 touchdowns and 14 interceptions in 13 starts last season. It was his worst statistical performance since back in 2014.

For their part, the Bengals seem locked in to reigning Heisman winner Joe Burrow with the No. 1 overall pick in the 2020 NFL Draft. While they would like a veteran behind him, Dalton’s cap hit would be too much for a backup.