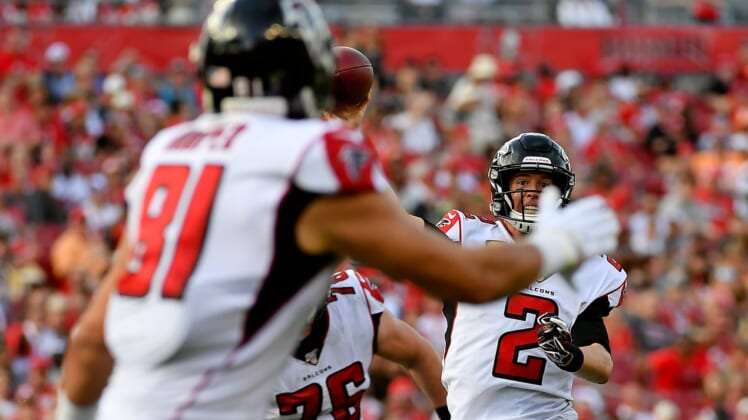 Atlanta Falcons tight end Austin Hooper already dropped hints before the offseason that he was headed for a new team in free agency. Now that teams know he’ll be available this offseason, the interest in the Pro Bowl tight end is heating up.

According to Fansided’s Matt Verderame, six NFL teams are already in the mix to sign Hooper. The list of suitors is also expected to grow once the Los Angeles Chargers place the franchise tag on tight end Hunter Henry.

Hooper is coming off another excellent season in Atlanta. He set career-highs in receptions (75), receiving yards (787) and touchdowns (six) despite playing in only 13 games.

The Green Bay Packers and Chicago Bears are already two of the teams known to be interested in signing the two-time Pro Bowl selection. Hooper will likely have a chance to become one of the NFL’s highest-paid tight ends thanks to his skills as a receiver and his status as the top free agent available at the position this offseason.