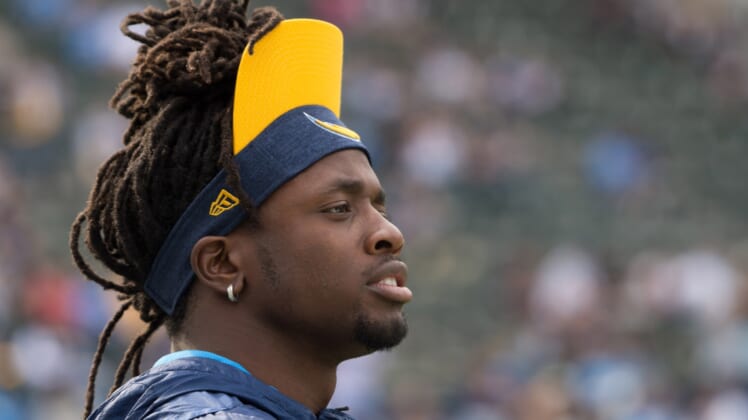 The Miami Dolphins are likely going to control the dynamic of the 2020 NFL Draft in Las Vegas next month. Though, the up-and-coming team also has north of $90 million to spend in free agency.

According to ESPN’s Cameron Wolfe, that will likely include going after former Los Angeles Chargers star running back Melvin Gordon. The report also notes that Gordon is expected to have interest in Miami at the right price.

Gordon’s tenure with the Chargers will indeed come to a close once free agency opens. The two-time Pro Bowler held out well into the 2019 season, putting up just 908 total yards on 12 games. That came on the heels of the former first-round pick averaging nearly 1,500 total yards from 2016-18.

Miami has a need at running back after trading Kenyan Drake last season. However, it seems the team would be more inclined to use one of its many picks in next month’s draft on a cheaper alternative.