Report: Players could vote on owners’ CBA proposal next week 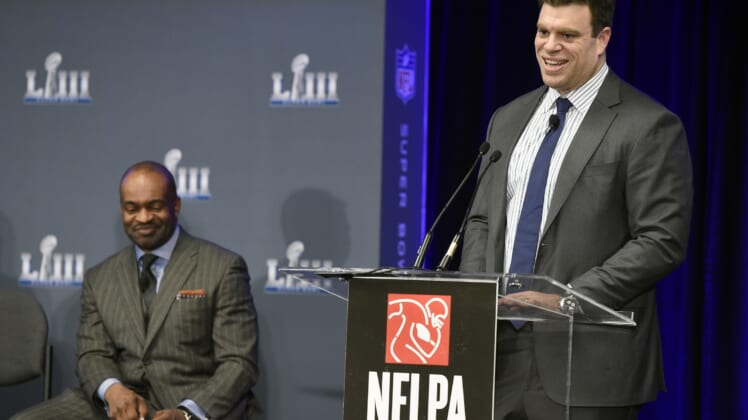 As the NFL and NFL Players’ Association continue working towards a new collective-bargaining agreement, NFL players could potentially take a first major step towards a new CBA next week.

According to ESPN’s Josina Anderson, meetings among voting representatives for each team are being held regarding the proposed 17-game schedule. If the players can decide on what incentives they want in exchange for the extra game, they could move forward with a vote on the owners’ proposal Thursday.

Players are already expected to see a spike in revenue as part of any new CBA. However, they have remained opposed to expanding the season to 17 games for the long-term health risks. The NFLPA has held multiple discussions with the players in recent weeks in an effort to determine exactly what the NFLPA will ask for in a new agreement.

Owners could potentially offer to make significant alterations to the league’s drug and disciplinary policy. Players could also push towards changing the contract structure, targeting things like the franchise tag, or arguing for higher guarantees in contracts.

Both sides have remained hopeful throughout negotiations that a new CBA could be reached well before the current agreement expires in March 2021. It ultimately might come down to how many concessions the NFL is willing to give to convince players to accept 17-game seasons in the future.