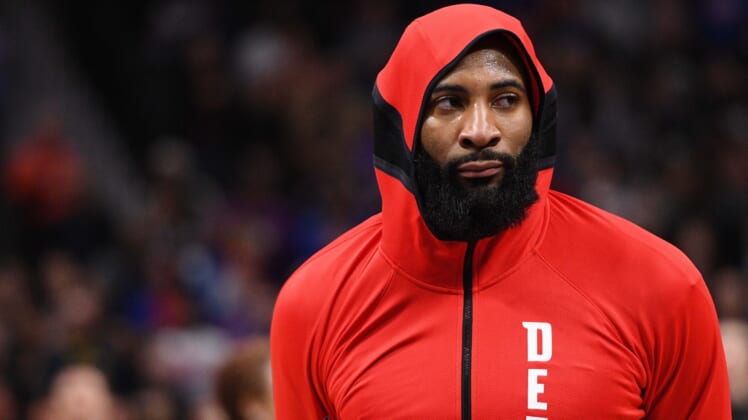 The Atlanta Hawks are reportedly engaged in discussions with the Detroit Pistons on a deal centered around All-Star center Andre Drummond, according to ESPN’s Adrian Wojnarowski.

While no deal is imminent, per ESPN, the Pistons are talking to Atlanta and several other teams about deals to move the 26-year-old center.

Drummond has become as one of the NBA’s best in recent years. A two-time All-Star selection, he is averaging 17.6 points and a league-leading 15.8 rebounds per game this season. The 6-foot-10 center is also averaging two steals and 1.8 blocks per game and averages nearly 34 minutes per contest.

He is currently nearing the end of a five-year, $127 million contract that pays him $27 million this season. Drummond holds a $28.75 million player option for next season and his contract would increase due to an 8% trade kicker.

While it doesn’t appear we’ll see a deal in the immediate future, Drummond now emerges as one of the top names who could be moved before the trade deadline on Feb. 6.