Report: Pistons among the teams interested in Markelle Fultz 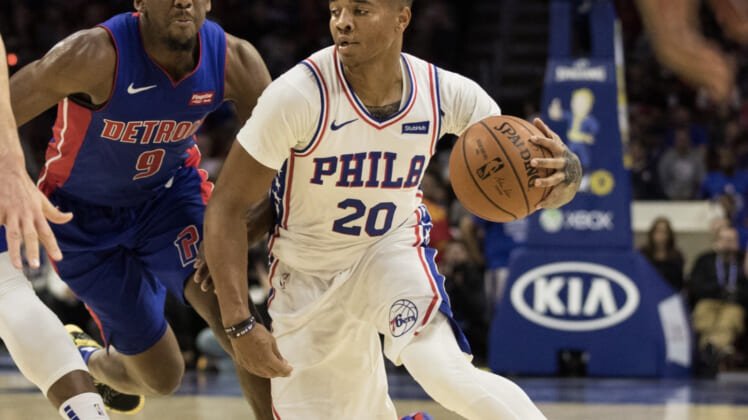 We have no idea if 2017 No. 1 overall pick Markelle Fultz has played his last game as a member of the Philadelphia 76ers.

What we do know is that he’s sidelined indefinitely with an injury to his shoulder and wrist. We also know that the Sixers themselves have placed the guard on the trade block.

While Fultz has struggled with consistency and injury during the early part of his career, there’s no shortage of teams interested in his services. According to this report from Rod Beard of The Detroit News, that includes the Pistons.

#Pistons are doing "due diligence" in looking at trade options for #Sixers Markelle Fultz, a league source confirms to The Detroit News.

Nothing is imminent and Pistons are among many teams interested in Fultz.

Despite being sidelined to another worrisome injury, the Sixers are not going to sell Fultz on the cheap. They’ll expect veteran assets back in hopes of contending for a title as the season progresses.

For their part, the Pistons are looking for an upgrade in the backcourt after starting the season with a pedestrian 13-13 record. Fultz could be a long-term solution with star big men Andre Drummond and Blake Griffin.