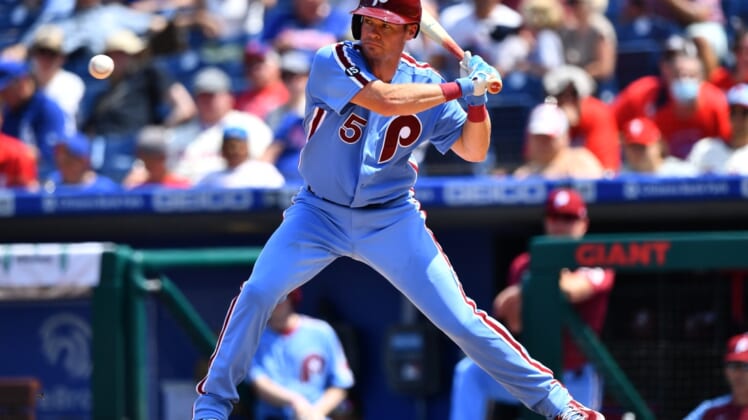 The Pittsburgh Pirates are expected to sign catcher Andrew Knapp to serve as the backup to starter Roberto Perez, the Pittsburgh Post-Gazette reported Tuesday.

Knapp, who has five seasons of major league experience with the Philadelphia Phillies, was in camp with the Cincinnati Reds this spring. He had an opt out in his contract if he did not make the major league roster and was released by the Reds earlier Tuesday.