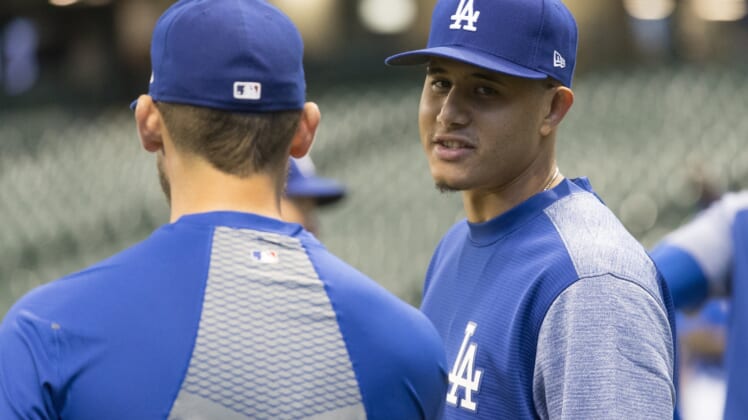 The market for free agent Manny Machado is getting warm. And according to a report, the Philadelphia Phillies are very interested.

Quoting a source, MLB.com’s Mark Feinsand reported that Philadelphia’s pursuit of Machado is “heating up.”

Philadelphia has something of a crowded infield situation. Though, none of the complications are so big that making room for Machado would be a problem.

Additionally, if the Phillies feel that the versatile Scott Kingery is ready to assume an every day role, Segura could play second, Machado could handle short, Kingery could take third, and both Hernandez and Franco could be moved.

One other thing that must be mentioned is that Philadelphia also has a reported interest in Bryce Harper. Given its current outfield situation, that would make a lot of sense.

But the growing speculation has been that Harper will ultimately return to the Washington Nationals.

Signing Machado would give the Phillies a star, which would be especially relevant if Harper ultimately did return to a division rival. It would also give Philadelphia the flexibility to make some trades, which would improve the roster elsewhere.