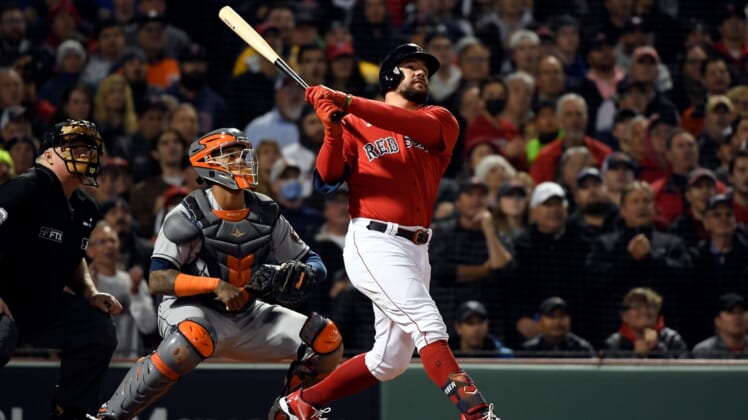 Outfielder Kyle Schwarber agreed to a four-year deal with the Philadelphia Phillies worth “just under $20 million” per season, The Athletic reported Wednesday.

The agreement is pending results of a physical.

Schwarber, 29, last season was selected to the All-Star Game for the first time, as a member of the Washington Nationals. The Boston Red Sox then acquired him before the trade deadline. He finished the season with 32 homers, 71 RBIs and a .266 batting average in 113 regular-season games.

He struggled for Boston in the loss to the Houston Astros in the American League Championship Series, batting only .120, with one homer and four RBIs in six games.

Schwarber was a member of the Chicago Cubs when they won the World Series in 2016. He played in two Series games, going hitless in four at-bats, with a walk.