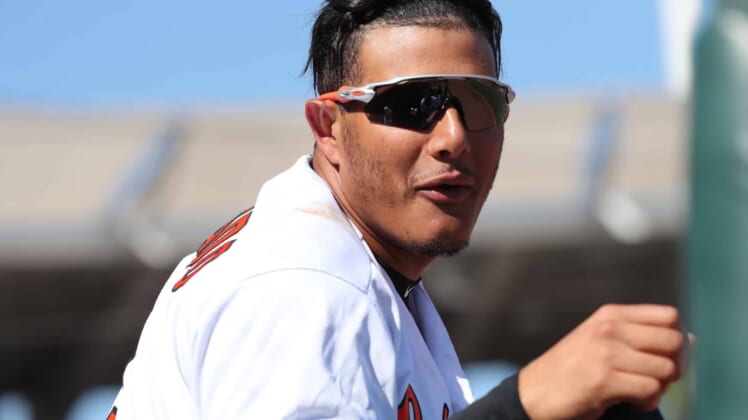 The Manny Machado trade rumors are flying at a fast and furious clip heading into the MLB All-Star Break. With just over two weeks remaining until the trade deadline, it now looks like the Philadelphia Phillies have emerged as the favorites over the New York Yankees to land Baltimore’s prized infielder.

Phillies are said to be "serious" in their Manny pursuit and are thought to be running ahead of the yankees and maybe most others at this point. also in: brewers, dodgers, dbacks, indians.

It had previously been noted that the Yankees themselves made a strong offer for the Orioles’ best player (more on that here).

Though, more recent suggestions are that Philadelphia has ramped up its efforts to land Machado.

Standard caveat applies: Trade talks are fluid, and one text or call can change dynamic of discussions.

While the Phillies are not willing to give up top prospect Sixto Sanchez, they have a ton of other young players to offer Baltimore in a deal. That includes minor league pitchers Adonis Medina and JoJo Romero.

Currently in a contract year, the 26-year-old Machado is hitting .313 with 23 homers and 64 RBI on the season. He’s going to be moved prior to the deadline. And now, it looks like the surprising Phillies are the favorites to land him.