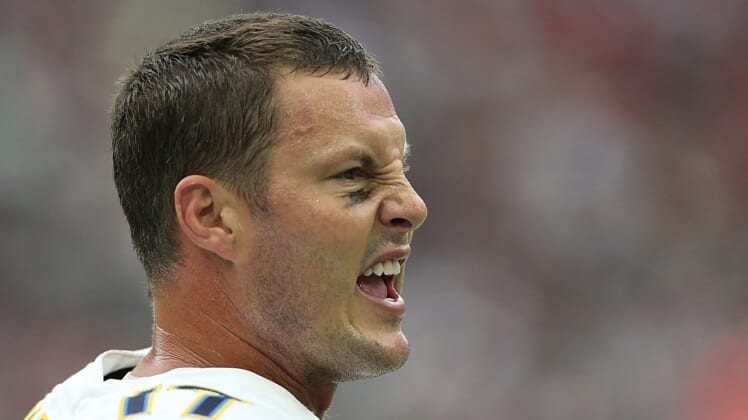 The NFL is preparing the way for players to return to team facilities amid the COVID-19 pandemic. But in the meantime, it’s up to the players themselves to set up workouts. We’ve seen Tom Brady organizing player-only workouts in Tampa. Now veteran quarterback Philip Rivers is set to do the same with his new team, the Indianapolis Colts.

Stephen Holder of The Athletic reported Monday that Rivers is “taking a lead role in organizing player-only practices in the Indianapolis area next week.”

Players are not currently allowed at team facilities. At this time, coaches are allowed back but the preparations needed to get players back is quite extensive, indeed. Without the ability to train together at Colts facilities, players are going to work out at a local venue, per Holder.

He shared the workouts “will likely feature a 7-on-7 format involving offensive and defensive players.” Holder added that “It will be a welcome change for players largely unable to conduct organized workouts while quarantined in recent months because of COVID-19.”

Despite downturn in stats last year, Philip Rivers should get Colts back to playoffs

Last season with the Los Angeles Chargers, Rivers was maddeningly turnover prone. He threw 20 interceptions and struggled at the end of games as the Chargers went 5-11 and missed the playoffs entirely. Rivers also threw just 23 touchdowns and saw his touchdown percentage drop from 6.3% in 2018 to 3.9% last season.

The Colts have given Rivers a second lease on life, however. They have a better offensive line than the Chargers did, a stunning running back group that includes rookie Jonathan Taylor, and receiving corps that has the potential to become elite. Additionally Rivers has a past relationship with head coach Frank Reich and offensive coordinator Nick Sirianni, who coached him on the Chargers.

Indy has a shot to not only make the playoffs in 2020 but also could challenge the Kansas City Chiefs and Baltimore Ravens for AFC supremacy.