Report: ‘Persistent concerns’ swirling about Tua Tagovailoa ahead of draft 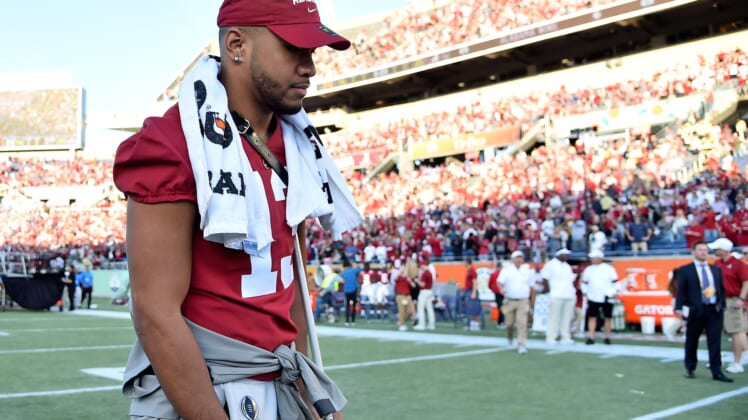 With the 2020 NFL Draft fast approaching, the health of Tua Tagovailoa remains one of the most hotly debated topics around the league.

We recently dove into the factors that could potentially force Tagovailoa into an ugly draft-day slide. Then on Wednesday, more information came out that seems to indicate Tagovailoa could be lower on teams’ boards than anyone realizes.

He also said that one team failed Tagovailoa’s physical: “I’m saying they flunked him on not just the hip, but on a multitude of injuries. The risk far outweighs the reward.”

Also on Wednesday, Mike Freeman of Bleacher Report wrote that “some teams remain skeptical” about the health of the former Alabama star quarterback. He also shared that, due to “persistent concerns I’ve heard about Tagovailoa’s health” he’d be stunned if any team traded away a bunch of draft picks to move up for the former Crimson Tide star.

Freeman did make sure to qualify his statement by noting this is lying season in the NFL. However, he concluded by writing: “the worries about the multiple injuries and surgeries he has undergone seem more problematic to teams than they’re publicly stating.”

It’s going to be fascinating to see how the draft unfolds this year, and to see where Tagovailoa ultimately lands.