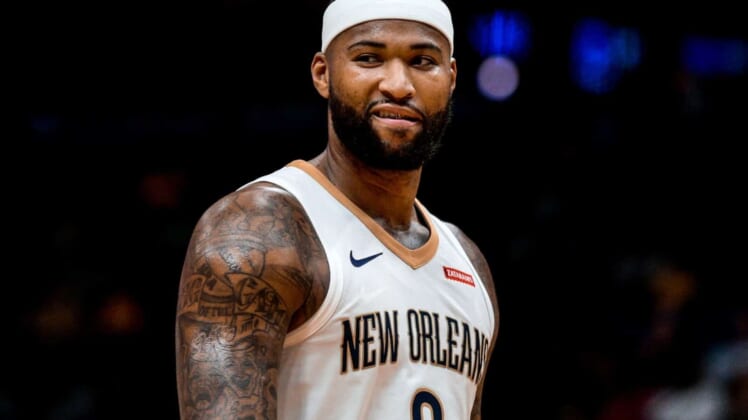 New Orleans Pelicans All-Star center DeMarcus Cousins was in the midst of a tremendous contract year before he went down with a ruptured Achilles back in January. The 27-year-old big man was averaging 25.2 points, 12.9 rebounds and 5.4 assists per game.

Unfortunately for Cousins, what looked to be a summer in which he’d collect a max contract in free agency was left completely up in the air by this injury. It’s considered one of the most difficult injuries to come back from. And with a select few teams boasting the capability to offer max deals under the cap, he’s likely going to be left out in the cold.

If that’s the case, the Pelicans are seemingly willing to offer Cousins a short-term deal at less than the max.

“The Pelicans have broached internally the idea of offering Cousins a two- or three-year deal at less than the max, per sources familiar with the discussions,” ESPN’s Zach Lowe reported Tuesday. “I would not expect that to go over well with Cousins’ camp. But the Pelicans have the dual leverage of winning without Cousins and a tepid market for him.”

New Orleans swept through its first-round series against the Portland Trail Blazers in shocking fashion. It will now more than likely take on the defending champion Warriors in the conference semifinals. While the team might have leverage based on its performance in the initial round, Golden State could very well expose the Pelicans in the coming round.

It’s an interesting dynamic to look at. Prior to his Achilles injury, Cousins was a guaranteed max-contract player. However, teams are not going to want to find themselves in a similar situation as the Bulls did with Derrick Rose after he became a shell of his former self following a similar injury.

New Orleans also has to worry about re-signing Rajon Rondo and Nikola Mirotic at some point soon. Both have performed extremely well in their first run with the Pelicans. Retaining both while re-signing Cousins would more than likely put the team over the luxury tax.