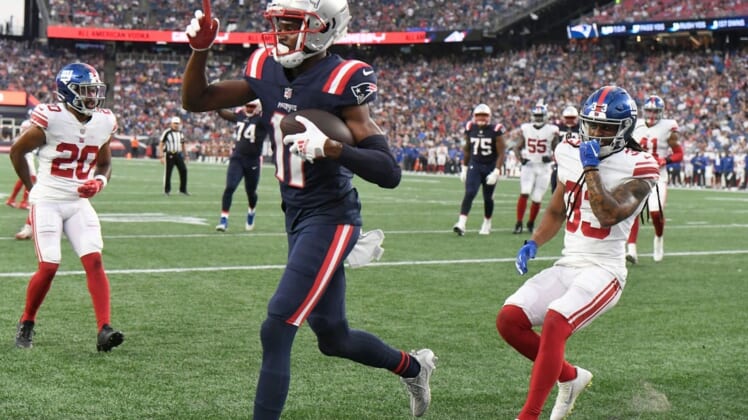 He was ruled out for the fourth quarter with a shoulder injury in the Patriots’ 20-10 preseason victory over the visiting Carolina Panthers.

The injury to Thornton, 22, is not believed to be season ending, per the report.

A second-round draft pick out of Baylor, Thornton caught his only target Friday for 13 yards. He had two catches for 9 yards and a touchdown in the Aug. 11 preseason opener against the New York Giants.