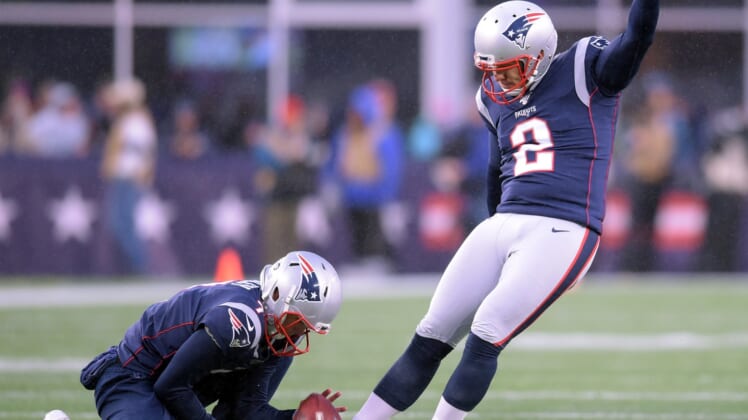 The New England Patriots will soon have a kicker again. After cutting Kai Forbath on Monday then practicing without a kicker, the team reportedly plans to bring back Nick Folk.

According to NFL Network’s Ian Rapoport, Folk will rejoin the team a week after being cut following an appendectomy.

Folk’s return to the Patriots would be a welcome addition, whenever he is healthy enough to kick. However, Folk doesn’t come without his limitations. While he is percent on extra-point attempts this season and kicks inside 40 yards, the veteran is two-of-four on field-goal attempts from 40-plus yards and hasn’t attempted a kick from 50-plus yards out this season.