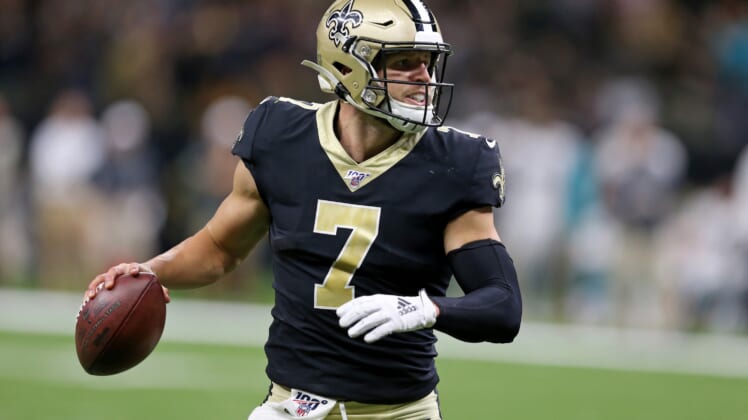 One of the most intriguing NFL free agents this spring is quarterback Taysom Hill, and there’s an intriguing team reportedly interested in going after him. According to Mike Freeman of Bleacher Report, the New England Patriots are “the team to watch” as teams pursue the electric dual-threat weapon.

Now, Hill is a restricted free agent, so the Saints can match any offer he gets. Additionally, there’s plenty of buzz around the notion the Saints will use a first-round tender on him. That means that if a team decides to sign him afterward, it will have to give New Orleans a first-round pick as compensation.

That said, it’s not hard to imagine Bill Belichick and offensive coordinator Josh McDaniels dialing up the perfect scheme to take advantage of Hill’s unique talents.