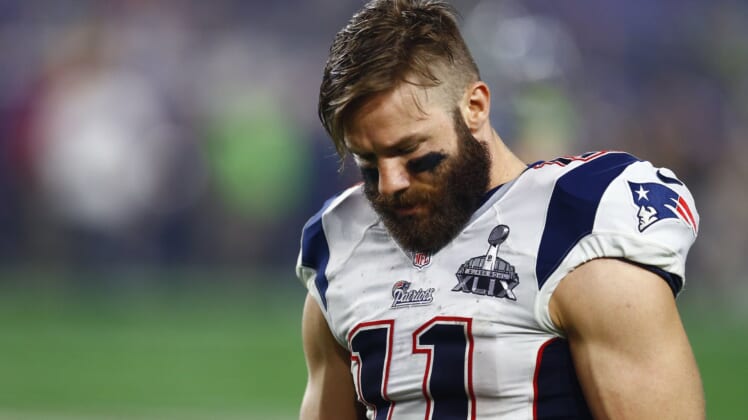 The New England Patriots’ worst fears are close to being realized. Star wide receiver Julian Edelman exited Friday’s game against the Detroit Lions with what looked to be a serious knee injury.

Now, as the game itself drew to an end, multiple media reports are indicating that the defending champions believe Edelman did in fact tear his ACL.

Patriots suspect Julian Edelman tore his ACL, but do not definitely know, per source. MRI on Sunday to determine full extent of injury.

This would obviously cost Edelman the entire 2017 season. It also pretty much dampens the good vibes around the Patriots after what was a successful training camp session.

Edelman, 31, caught 98 passes for 1,106 yards for the Patriots last season. Outside of a healthy Rob Gronkowski, he is Tom Brady’s favorite target.

With Edelman likely lost for the season, New England will have to rely on recent acquisition Brandin Cooks as well as Chris Hogan to step up in the passing game. The good news here is that Hogan looked tremendous in Friday’s game against the Lions (more on that here).

It is still a major blow for a Patriots team many expect to repeat as Super Bowl champions.

Official confirmation should come over the weekend.