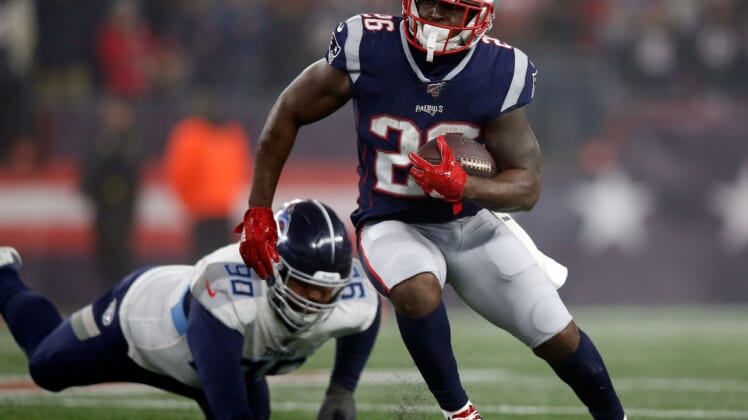 With the 2020 NFL season fast approaching, the New England Patriots could now be without running back Sony Michel when they take the field for Week 1.

Michel, who underwent foot surgery this offseason and landed on the active/PUP list, is uncertain to be ready when the Patriots play the Miami Dolphins on Sept. 13 in the season opener.

The Patriots made a big move on Monday to bolster their backfield, reportedly signing Lamar Miller to a one-year contract. While the move was surprising to some, The Athletic’s Jeff Howe revealed Michel’s uncertainty for Week 1 played a role in the signing.

Michel, a first-round pick in the 2018 NFL Draft, came into the 2019 season with immense hype after a dominant postseason run. In his rookie season, he played a pivotal role in New England’s run to the Super Bowl with 336 rushing yards and six touchdowns, including the game-deciding score in Super Bowl LIII.

Many expected him to build upon that success entering his second season. Instead, he struggled to consistently produce out of New England’s backfield. While he finished the season with 912 rushing yards and seven touchdowns, Michel only averaged 3.7 yards per carry and he had seven games with fewer than 50 rushing yards.

After signing Miller, New England’s backfield gets even more crowded. James White and Rex Burkhead are expected to maintain their roles on passing downs, while Miller, Damien Harris and Michel should split the carries.

We’ve seen in prior seasons that Bill Belichick is willing to feature a different running back every week, much to the dismay of fantasy football owners. Assuming Michel and Miller stay healthy, we’ll likely see the same result this season.