Report: Patriots pull off another trade, add OL Jermaine Eluemunor from the Ravens 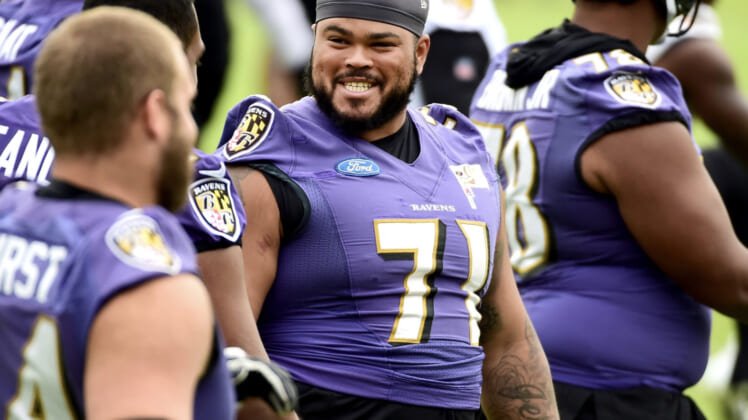 The New England Patriots are attempting to find young depth a long the offensive line leading up to the start of the season.

New England acquired offensive tackle Korey Cunningham from the Arizona Cardinals earlier on Wednesday in exchange for a 2020 sixth-round pick.

The Pats have now doubled down, acquiring third-year offensive lineman Jermaine Eluemunor from the Baltimore Ravens.

A fifth-round pick of the Ravens back in 2017 from Texas A&M, Eluemunor started three games in two seasons with Baltimore. He appeared in a total of 17 games during that span.

New England’s offensive line has taken multiple hits this offseason with the retirement of a number of players they’ve signed off the street.

Cunningham and Eluemunor are now almost locks to make the 53-man roster. That adds another equation to New England’s decision-making process as the team cuts its roster down to 53 on Aug. 31.