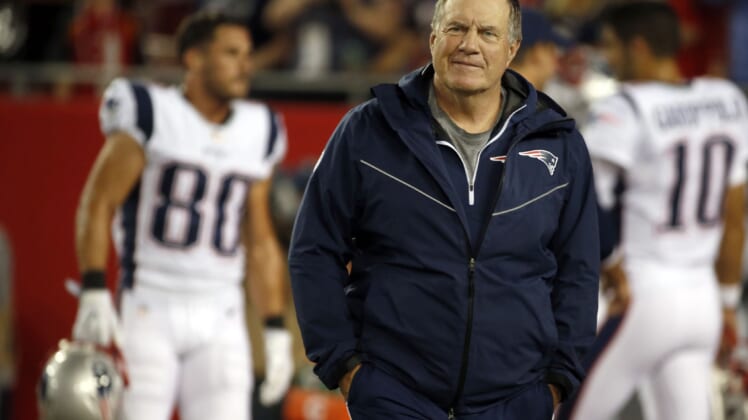 The New England Patriots have already added a former No. 1 wide receiver in that of Josh Gordon earlier this season.

After a slow start with the team, Gordon has performed well in recent weeks. In fact, he’s put up 11 receptions for 192 yards over the past three games, all wins.

Apparently that’s not enough for the Patriots’ brass. According to The Athletic’s Jay Glazer, New England is looking to add a “premium” receiver ahead of Tuesday’s trade deadline and is offering high draft picks.

The #Patriots are looking to acquire a premium WR and are offering high draft picks, per @JayGlazer.

It remains to be seen who New England is targeting.

Denver Broncos pass catcher Demaryius Thomas was said to be on the trade block up until recently. The Broncos have since indicated that he will not be traded.

Outside of that, there’s not a lot of rumors linking top wide receivers to potential trades. While San Francisco is having conversations with multiple teams about Pierre Garcon, he’s not seen as a premium wide receiver during the latter stages of his career.

Put conjecture here, but Odell Beckham Jr. could very well be a target for the Patriots. Sure he just recently signed an extension with the New York Giants. But things are not going too swimmingly on that front in recent weeks.

Outside of the obvious cap issues relating to OBJ’s contract, it’s now known if the Giants are even looking to move the boisterous receiver.

As it is, this is certainly something to keep an eye on over the next 48 hours or so.