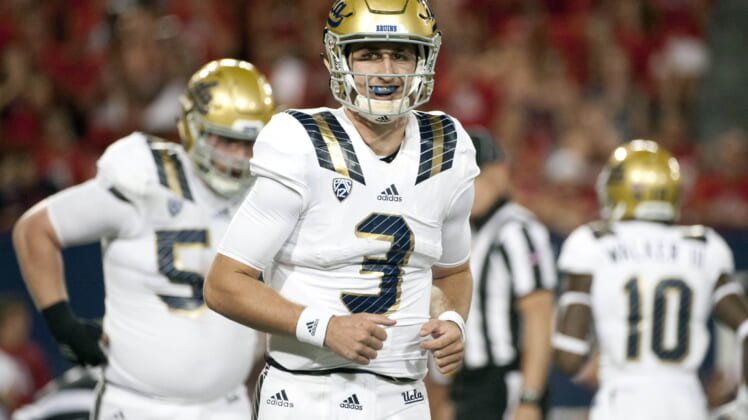 The New England Patriots need to find Tom Brady’s replacement, whether he retires right now or in five years. On that note, New England is said to have “real” interest in UCLA product, Josh Rosen.

The Patriots' interest in Josh Rosen is real. https://t.co/NzrkQ0mSE9

Of course, this rumored interest is even more salient right now with rumors that Brady actually might be mulling over retirement.

Patriots’ QB Tom Brady still has not committed to playing in 2018, even though people who know him believe he will back coming season, league sources told ESPN.

This reported interest in Rosen isn’t the first we’ve heard of this potential connection. After his pro day in March, one reporter hinted the Patriots could be inclined to move up in the draft to land the quarterback, using their two first-round picks as trade bait.

Though, there’s also been whispers that Rosen could be headed for a draft-day slide, perhaps similar to the one Aaron Rodgers experienced when he came out of Cal. So, perhaps the Patriots will end up landing a steal if this happens.

There’s also been some talk that New England is looking into Lamar Jackson as the long-term replacement to Brady. So, clearly, at the least Bill Belichick and Co. is open to the idea of bringing in another rookie to replace Jimmy Garoppolo as Brady’s heir apparent. Whether this becomes reality when the first round of the draft kicks off in just over a week’s time remains to be seen.