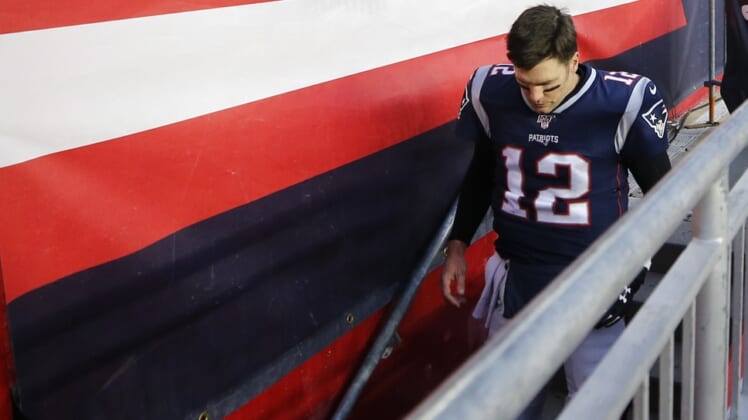 As the New England Patriots make their final preparations for Saturday’s wild-card game against the Tennessee Titans, uncertainty hangs in the air for future Hall of Famer Tom Brady’s future in New England.

According to ESPN’s Mike Reiss, New England is in “wait and see” mode on Brady’s decision and whether or not he’ll remain with the Patriots. Both sides haven’t discussed a contract since they revised his deal in August.

While Brady hasn’t played as sharply this season as in previous years, the 42-year-old still has New England on the path for another run to the Super Bowl. While the Patriots missed out on the first-round bye, they have a favorable matchup in the wild-card game against the Titans.

There is clearly greater uncertainty surrounding Brady’s home in 2020 than ever before. For now, though, the Patriots and their star quarterback are focused on delivering a win Saturday to continue their path to a seventh Super Bowl celebration.