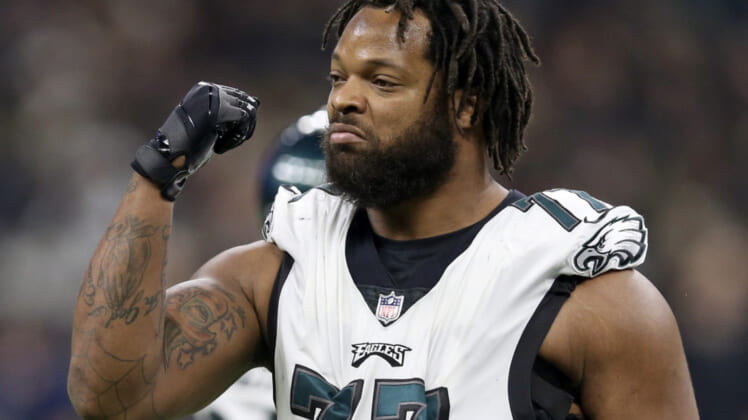 That didn’t take too long. Earlier on Friday it was noted that Philadelphia Eagles defensive end Michael Bennett didn’t want to take a pay cut and would likely be jettisoned from Philadelphia.

Hours later, it looks like the three-time Pro Bowler is heading to the New England Patriots. According to ESPN’s Adam Schefter, Philadelphia and New England are finalizing a trade to send the 33-year-old defensive end to the Patriots.

Patriots and Eagles are finalizing a deal to send Michael Bennett to New England, per source.

This would be an absolute coup for New England. Bennett recorded a whopping 30 quarterback hits and nine sacks in his first and only season with the Eagles.

A trade of this ilk likely means that the Patriots plan to lose young pass rusher Trey Flowers in free agency. He has led the team in sacks each of the past three seasons.

It is not yet known what might be heading to Philadelphia in the trade. We’ll update that when more information becomes available.