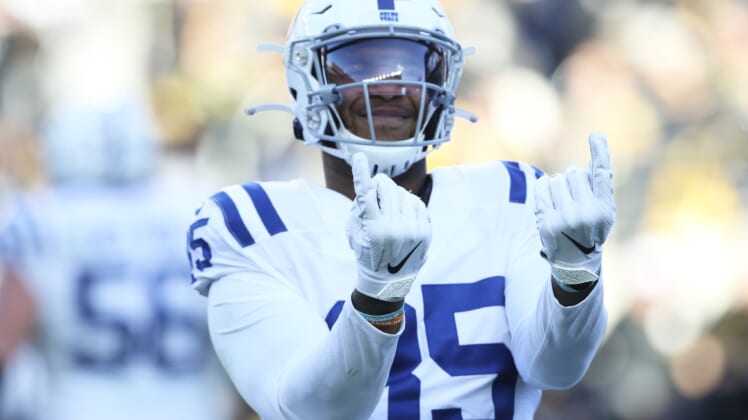 The New England Patriots badly missed Rob Gronkowski’s presence during the 2019 season. Now that Gronk is headed to the WWE, the Patriots reportedly have their focus set on another Pro Bowl tight end to take his place.

According to CLNS’s Evan Lazar, the Patriots are expected to make a run at former Indianapolis Colts tight end Eric Ebron this offseason. While the team isn’t allowed to contact his representatives now, that will change when the legal tampering window opens.

Ebron struggled to make an impact this past season with the Colts before he underwent season-ending ankle surgery. A year prior, the 6-foot-4 tight end made the Pro Bowl after hauling in a career-high 66 receptions, 750 receiving yards and 13 touchdowns.

The No. 10 overall pick in the 2014 NFL Draft, Ebron has always possessed incredible size and athleticism for the position. He also showcased the ability to make incredible one-handed catches.

Ebron’s strengths as a pass-catching weapon could be attractive to Tom Brady, who the Patriots are trying to convince to return next season. If New England can add a threat like Ebron and acquire more help at receiver, it might be enough to keep Brady from signing with another team.