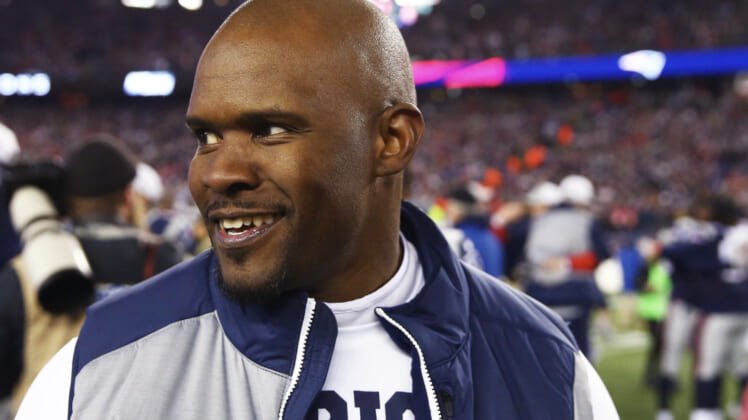 The New England Patriots might be going up against a familiar face twice per season if the Miami Dolphins get their way.

Considered by many to be an up-and-coming mind on that side of the ball, this one report from Adam Beasley of the Miami Herald suggests that the 37-year-old Flores is now a front runner to land the Dolphins’ job.

“One source went so far as to say that Flores is near if not at the top of the Dolphins’ list,” Beasley noted. The report also noted that Dolphins front office head Chris Grier’s relationship with Flores dating back to their days together in New England has made him a front runner all along.

Flores is technically not the Patriots’ defensive coordinator, but he has called plays for head coach Bill Belichick this season. This makes him the team’s de facto coordinator.

He has been with the Patriots since starting out as a scouting assistant back in 2004. Since then, Flores has held a number of roles. That has included special teams assistant, safeties coach and linebackers coach.

Hiring someone this green might seem like a major reach for the Dolphins. But it’s readily apparent that Flores is prepared to be a head coach. After all, Miami isn’t the only team to show interest in him in that capacity.