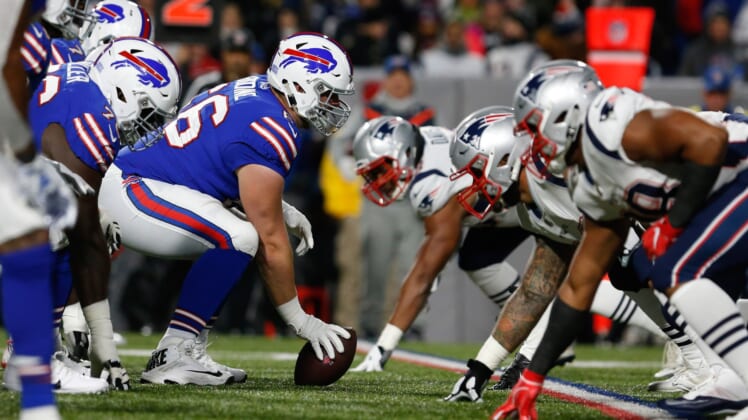 Just days after losing starting center David Andrews to a potentially season-ending blood clot, the New England Patriots made an in-division trade on Friday to address the position.

Bodine started 10 games for Buffalo last season before he suffered a broken fibula in Week 13 and missed the remainder of the season. The 27-year-old center became expendable for Buffalo after starting center Mitch Morse cleared the concussion protocol on Thursday.

New England needed an immediate upgrade to their depth at center with Andrews expected to land on injured reserve in the coming days. Bodine started in 64 consecutive games from 2014-’17 with the Cincinnati Bengals. The Patriots acquired another sixth-round pick on Friday morning by trading Duke Dawson.