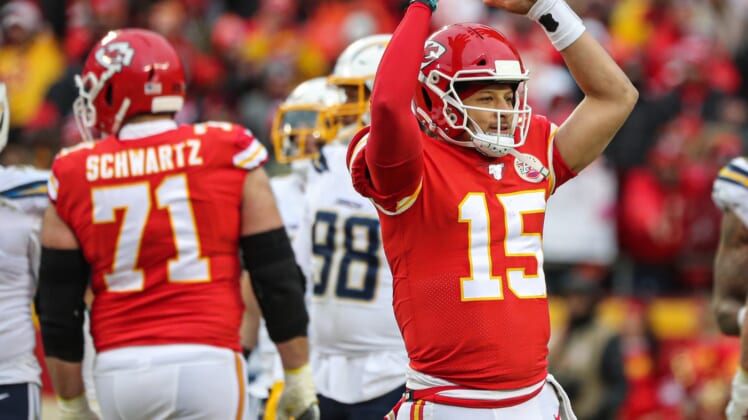 Kansas City Chiefs quarterback Patrick Mahomes has become one of the NFL’s best players. He could be paid like one in the near future with both sides reportedly set to begin contract negotiations this offseason.

According to NFL Network’s Ian Rapoport, Mahomes and the Chiefs expect to begin negotiating a long-term contract extension at the conclusion of the playoffs and both sides expect a deal to be completed this offseason.

The reigning NFL MVP award recipient is coming off another fantastic season and the Chiefs are in great position for another postseason run. Now with Mahomes eligible to sign a contract extension after being selected in the 2017 NFL Draft, he should become the NFL’s highest-paid player.

Of course, this could be an offseason where many of the NFL’s top quarterbacks cash in. Dallas Cowboys quarterback Dak Prescott, New Orleans Saints quarterback Drew Brees and New England Patriots quarterback Tom Brady are all headed for free agency. Given the increased emphasis placed on the position, we should see some incredible deals made this offseason.