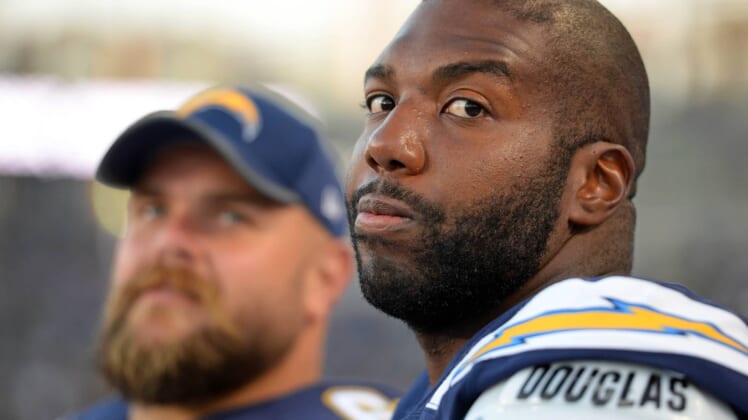 No matter who is under center next season in Carolina, the Panthers must find upgrades a long the offensive line.

General manager Marty Hurney might be getting an early start on that. According to ESPN’s Josina Anderson, Carolina is talking trade with the Los Angeles Chargers for Pro Bowl left tackle Russell Okung.

Despite some recent injury concerns, Okung would be a major upgrade from the likes of Daryl Williams at left tackle for Carolina.

The 32-year-old has earned two Pro Bowl appearances since entering the league as a first-round pick (sixth overall) of the Seattle Seahawks back in 2010.

Okung played in just six games for the Chargers last season due to a number of injuries.

This report seems to fly in the face of suggestions that the Panthers are looking to be sellers once the new league year starts in two weeks.