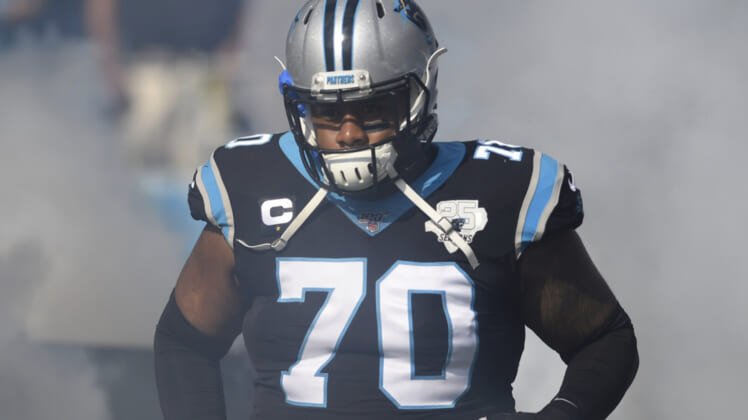 The Carolina Panthers could very well have a much different look to them under first-year head coach Matt Rhule next season.

We already know that Carolina is likely to move on from former NFL MVP Cam Newton. Another longtime member of the team’s offense could soon follow him out of town.

According to ESPN’s Jenna Laine, the Panthers are shopping star guard Trai Turner.

Turner, 26, has earned a Pro Bowl nod each of the past five seasons after Carolina selected him in the third round of the 2014 NFL Draft from LSU.

He remains among the best interior offensive linemen in the entire NFL and boasts $12.8 million cap hit for the 2020 season.

Turner will be a highly sought after option on the trade block for teams in need of an upgrade at guard. That’s for sure.