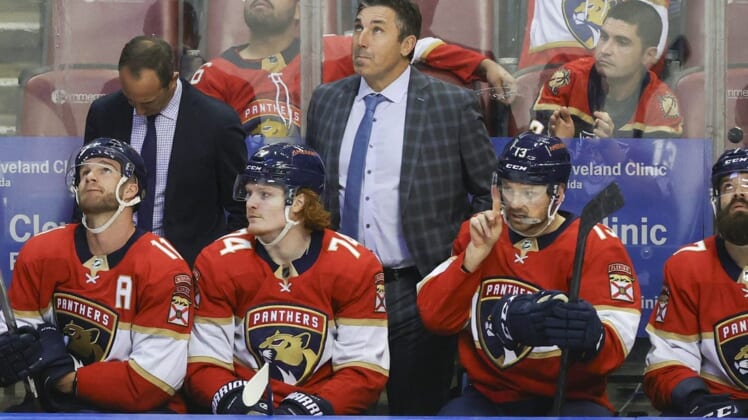 The report comes at a curious time considering the Presidents’ Trophy-winning Panthers set franchise records for wins (58) and points (122) this season.

To boot, interim coach Andrew Brunette was a finalist for the Jack Adams Trophy, which recognizes the head coach who has “contributed the most to his team’s success.” Calgary Flames coach Darryl Sutter won the award, however.

Samuelsson, 58, has spent the past two seasons as an assistant coach with Florida. He held the same position with the Chicago Blackhawks from 2017-18.

MacKenzie, 41, has spent the past three campaigns as an assistant coach with the Panthers.