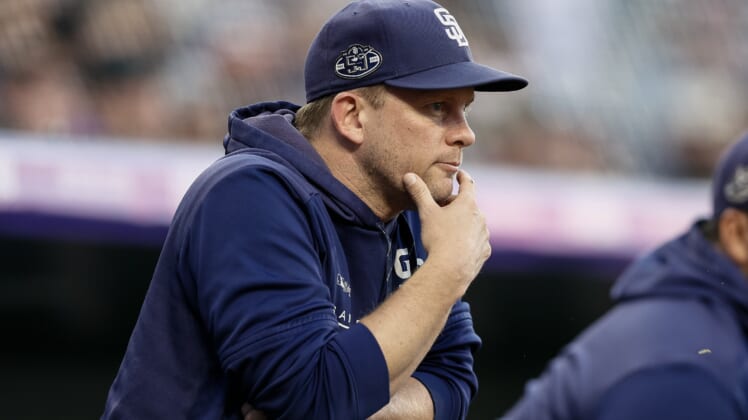 As a disappointing season draws to a close, the San Diego Padres have reportedly fired manager Andy Green in a year when the team never lived up to expectations.

According to Bleacher Report’s Scott Miller, Green was informed of his termination today and the Padres will move on from him two years remaining on his contract.

San Diego set high expectations for itself in 2019 after signing Manny Machado and calling up many of its top prospects. A combination of injuries to the rotation and lineup along with underwhelming seasons by several everyday players resulted in another sub-.500 record.

The Padres hired Green before the 2016 season with the hope he could oversee the development of their young players and help the steam steadily improve. Instead, the Padres went 274-366 during his tenure.

San Diego’s new opening will likely be one of the most coveted among managerial candidates this offseason. The Padres have one of the best farm systems in baseball, a loaded infield with Machado, Fernando Tatís Jr and Luis Urías along with an improving rotation.