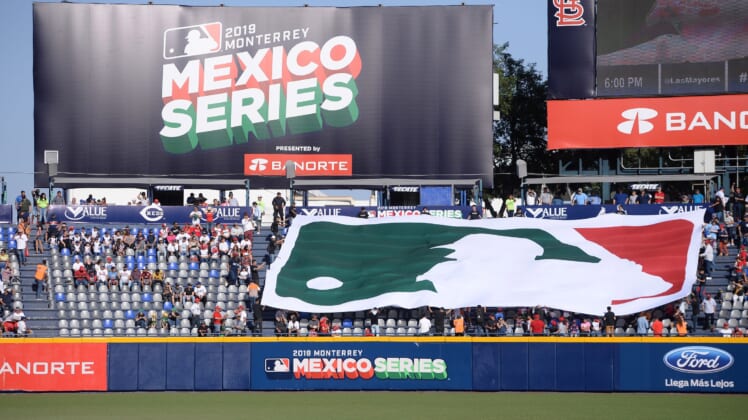 In its continued efforts to expand MLB internationally, the league will reportedly have the San Diego Padres and Arizona Diamondbacks face off in the first-ever regular season games in Mexico City next season.

According to MLB Network’s Jon Morosi, the two-game series will take place on April 18-19 at the new Alfredo Harp Helú Stadium.

It won’t be the Padres first visit to the new stadium either. The team played an exhibition game there against the Mexico City Diablos Rojos to commemorate the stadium’s opening.

The stadium, which opened in March of this year, seats more than 20,000 people and has artificial turf. The diameters of the field are 325-feet in left, 400-feet in center and 325-feet in right field.

It marks the league’s continued efforts to play the game internationally and it will be the second consecutive year a regular-season series is played in Mexico. The Houston Astros and Los Angeles Angels played a series in Monterrey, Mexico in May of this year, which players loved.