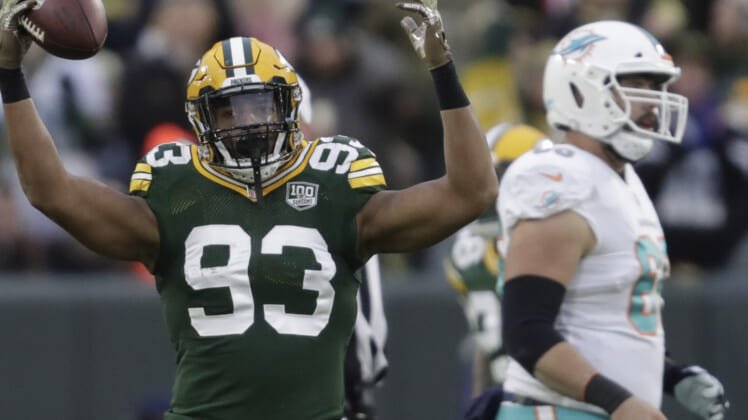 Minor trades have been the name of the game around the NFL with about a week to go before Week 1.

That now includes the Green Bay Packers sending third-year linebacker Reggie Gilbert to the Tennessee Titans for a 2020 seventh-round pick.

An undrafted free agent out of Arizona back in 2017, Gilbert recorded 38 tackles, eight quarterback hits and 2.5 sacks while appearing in all 16 games for the Packers last season.

The young linebacker had fallen to the third string in Green Bay’s most-recent depth chart behind Preston Smith an Kyler Fackrell at left outside linebacker. He’ll have a bigger role in Tennessee this season.