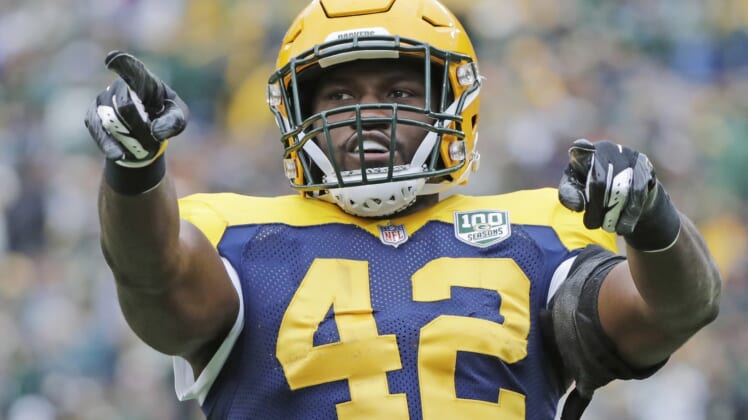 The Green Bay Packers got some terrible news just a couple days after their preseason opener.

According to multiple media reports, starting inside linebacker Oren Burks suffered a torn pectoral muscle in the game against the Houston Texans.

It’s not yet known whether the injury is season-ending. Though, similar injuries have resulted in extended absences.

Burks, 24, was a third-round pick of the Packers last year. He started four games as a rookie, recording 24 tackles. Green Bay has Burks listed as a full-time starting inside linebacker in its most-recent depth chart.

With Burks sidelined, Ty Summers and James Crawford will likely compete for the starting job. Expect Green Bay to look at veteran free agents, too.