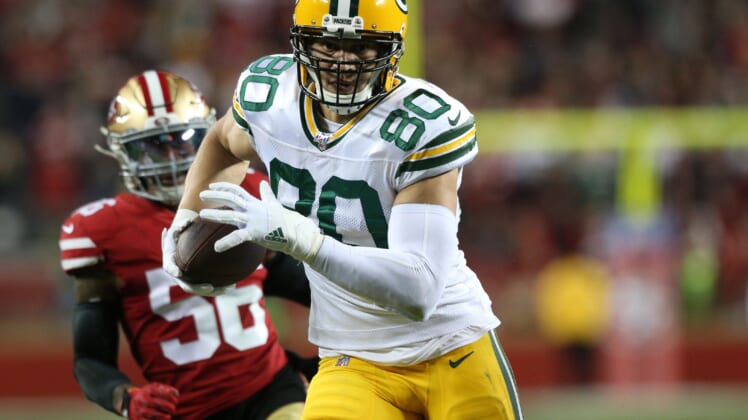 Green Bay Packers tight end Jimmy Graham, a five-time Pro Bowl selection, is expected to hit the market this offseason with the team moving on from him, per NFL Network’s Ian Rapoport.

The Packers signed Graham to a three-year $30 million contract in 2018 with the hopes that he would become an excellent weapon for Aaron Rodgers. However, the 6-foot-7 Graham seemed to lose a step of his athleticism and finished with 1,083 receiving yards and five touchdowns in two seasons with the Packers.

Green Bay would create $7.3 million in cap space by cutting Graham this offseason. The 33-year-old is expected to draw interest from across the NFL in a market that is thin at the position outside of Hunter Henry, Austin Hooper and Eric Ebron.

Even before deciding to move on from Graham, the Packers were expected to pursue an upgrade at tight end this offseason. The team is reportedly interested in Hooper, who is drawing significant interest before free agency.