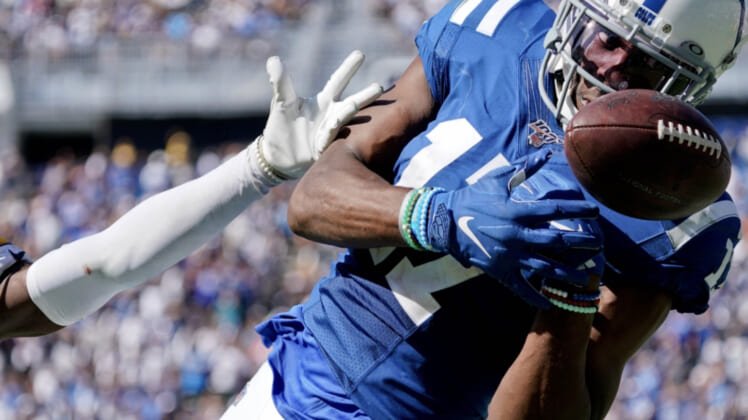 Last season, Funchess signed a one-year contract with Indianapolis. Unfortunately, he only appeared in one game, catching three passes for 32 yards, before breaking his collarbone and missing the rest of the season on injured reserve.

In his previous four seasons, the former second-round pick out of Michigan started 40 games for the Panthers. He had one very impressive season in 2017 when he hauled in 63 passes for 840 yards and eight touchdowns. Overall, Funchess has caught 164 passes for 2,265 yards and 21 touchdowns in five seasons as a pro.

Though he’s not a top-tier player, Funchess could be the big body in the red zone the Packers thought they had when they signed tight end Jimmy Graham to a three-year deal ahead of the 2018 season.