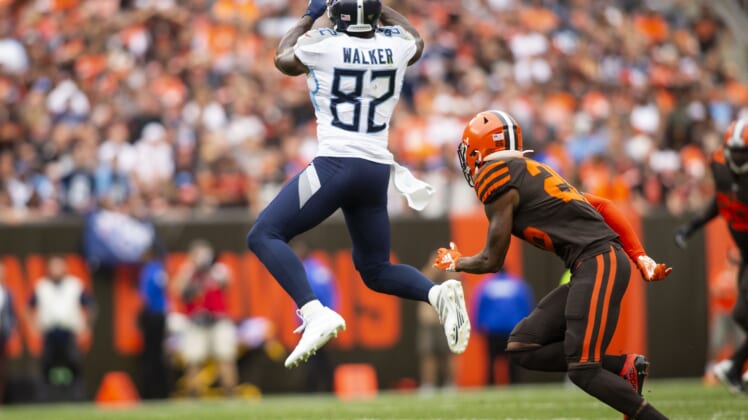 While a deal isn’t expected to happen quickly, per ESPN’s John Keim, the 35-year-old tight end quickly drew interest across the NFL following his release.

Walker made three consecutive trips to the Pro Bowl from 2015-’17, before injuries derailed him the final two years. Across seven seasons in Tennessee, the 35-year-old hauled in 381 receptions for 4,423 receiving yards and 28 touchdowns.

He suffered a fractured ankle in 2018 and played in just seven games this past season after aggravating his ankle injury. Walker hauled in just 25 receptions for 267 receiving yards and two touchdowns across eight total games in the past two seasons.

The Packers are in the market for a tight end after releasing Jimmy Graham. Walker could step in as a veteran option to give Aaron Rodgers another needed weapon for this offense.

The Colts are expected to lose Eric Ebron this offseason to free agency. Now with Philip Rivers under center and ready to contend, bringing in Walker could be another strong move for Indianapolis.