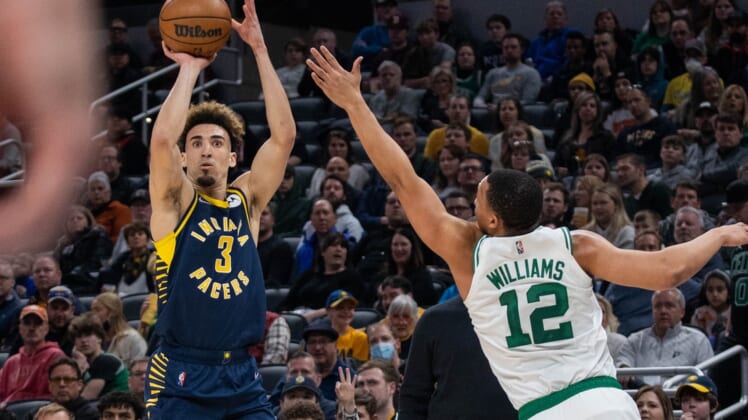 Chris Duarte’s impressive rookie season with the Indiana Pacers is over, according to the Fieldhouse Files.

Duarte reportedly will be shut down for the Pacers’ final three games of the regular season because of an injured left big toe. The ailment has sidelined him since a March 15 appearance.

The Pacers selected Duarte out of Oregon with the 13th pick in the 2021 draft.

Duarte also tied for the team lead with an average of one steal per game.