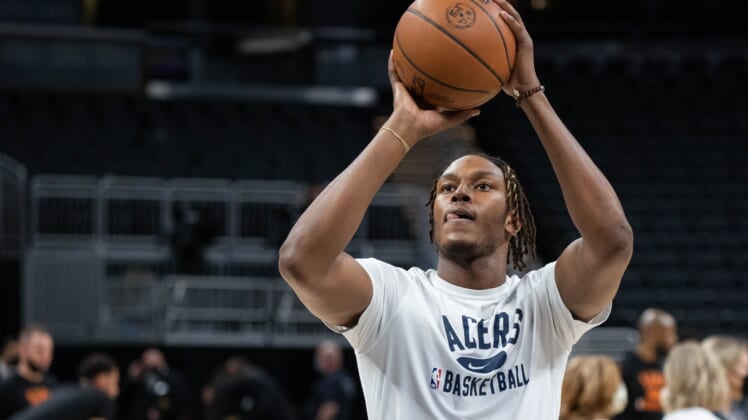 Indiana Pacers center Myles Turner will miss the rest of the season with a stress reaction in his left foot.

Turner has been out since Jan. 14 with the injury.

With the Pacers long eliminated from playoff contention and just seven games remaining, the team and Turner’s camp decided against a return.

“After numerous conversations with our medical team, Myles, and his representatives, it became clear to everyone that despite Myles’ continued progress and positive diagnosis, there simply is not enough time remaining in the season to properly and safely prepare him for the demanding workload associated with an NBA game,” said Kevin Pritchard, the Pacers’ president of basketball operations. “We will continue to work closely with Myles and we’re looking forward to his return to the court at full strength next season.”