Report: Pac-12 ADs ‘going behind conference’s back’ to discuss plans for CFB season 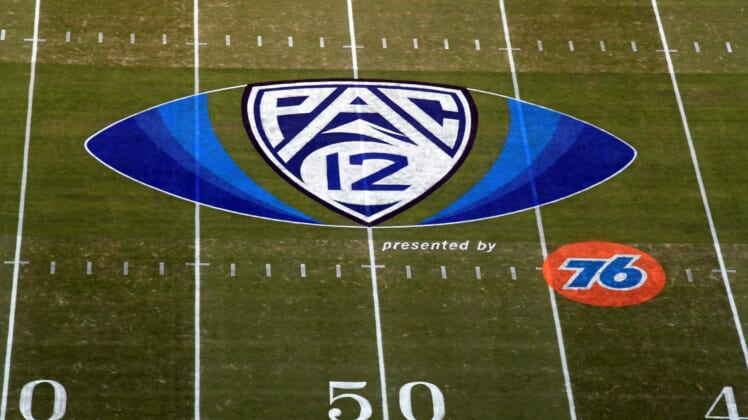 At a time when everyone is trying to get on the same page during the pandemic, various stay-at-home regulations in different counties across California and Oregon have led to greater uncertainty. A recent decision by the California State University system cast further doubt on the college football season, before Pac-12 conference officials calmed any fears.

While the Pac-12 conference might present a united front, the situation is reportedly very different behind the scenes. As Pac-12 commissioner Larry Scott tries to work with athletic directors to make a plan for the upcoming season, those same athletic directors are reportedly going around him to make things happen.

“I’ve been told by multiple sources that the AD’s have had conversations behind the conference’s back that would tell each other, ‘Listen, if we’re unable to play via a mayor’s ruling, a state governor’s ruling, You guys go ahead and look out for yourself.'”Joel Klatt said, via The Herd with Colin Cowherd.

In recent weeks, the possibility of college football games being played in packed stadiums has come into doubt. California governor Gavin Newsom recently suggested it was unlikely fans could attend games until late in the year. Furthermore, Los Angeles extended its stay-at-home restrictions through July.

For schools like UCLA, USC and Stanford, safety protocols by state and local officials are now creating uncertainty for their ability to play college football in 2020. As a result, athletic directors are reportedly going behind Scott’s back and coming up with alternative solutions to help their conference allies.

“IN FACT, SOME OF THE ADS AND STATES THAT REALLY BELIEVE THAT THEY WILL HAVE FOOTBALL, HAVE OFFERED, SPECIFICALLY THE CALIFORNIA SCHOOLS AND SOME EVEN OFFERED THE OREGON SCHOOLS, THE CHANCE TO COME PLAY HOME GAMES IN THEIR STATE,” Klatt said, via FOX SPORTS.

There remains increasing growing confidence across the country that college football will be played in 2020, but key steps must be taken. Every program is depending on the revenue generated from football season to help fund many of its athletic programs.

Facing the choice of eliminating teams, like the University of Akron announced on Thursday, or finding an alternative site to play football at, Pac-12 athletic directors are willing to do whatever it takes to ensure there is football.